So why, oh why, didn’t I love Snow White with the Red Hair?

All was well for the first three episodes or so. Shirayuki showed the spirit I so adore in my heroines when she cut off her red hair and left it for Prince Raj as a special little “fuck you.” Her adventurousness and excitement as she anticipated exploring her new home in Clarines spoke to me, as I suffer from my own case of wanderlust. Her expertise in herbalism gave her opportunities and the ability to stand on her own two feet.

With each passing week, however, I became less and less eager to watch the new episode. Something about the show just wasn’t grabbing me. I didn’t understand – this show had everything I could possibly want! I should be shivering in anticipation of each installment. As the show marched stolidly on toward its season closing, I had to admit it: it was dull. Boring. A slog. How could a show, with so many winning ingredients, made by one of the most consistently excellent studios, fail so hard?

It chose the most boring direction it could have gone.

I want to focus more on what the show was rather than what I was hoping it could have been, but I’ll get this out of the way. Snow White with the Red Hair is the story of a skilled young woman in a new country, and it chooses to focus mainly on romance. I say this not to disparage people who enjoy romance-focused stories, but because I was excited to see a story about a girl who gets out there and does things. Shirayuki seems to be one of those girls when at the beginning of the first episode she says, “This is my own path… my own story. If I had my wish, I would keep charting my own path like this…” In the next episode, when she moves to Clarines, she seems excited to explore her new country, but then promptly settles in at the palace as a court herbalist and never leaves.

To my mind, there are two main directions Snow White with the Red Hair could have gone in which would have been far more compelling. The first would have focused on her skill as an herbalist. Shirayuki is quite perceptive in these matters, as shown in episodes four and five. In the fourth episode, she takes the qualifying exam to be a court herbalist, which she passes with ease because of her extensive botanical knowledge; in the fifth, she figures out a mystery ailment affecting in entire fort is because they’ve been burning toxic wood. For a brief, shining moment, I had a vision of a sort of medieval Europe anime House, wherein Shirayuki must use her herblore to diagnose and cure mysterious illnesses. However, she never uses that intelligence or intuition again as the focus shifts away from her career and onto her relationship with Zen.

The other direction would have been to see Shirayuki exploring her new home of Clarines. Studio Bones is known for its production values, and Snow White with the Red Hair is no exception – whole show is stunningly beautiful. In the second episode, she and Zen visit the vibrant capital city. Zen tells her how important it is to him that he knows about life outside the palace, to really get to know his country’s people, and Shirayuki agrees. Only one episode after their exchange takes place outside the castle grounds. The beauty of the glimpses of Clarines we did get made me long for a travelogue show – Shirayuki traveling this new country, accompanied by Zen or not, learning about its culture and taking in its beauty. Travelogue series are rare in anime, but provide rich fodder for plotlines, especially given Shirayuki’s supposed adventurous spirit. Cultural misunderstandings, running out of money, the dangers of the road, countless other kinds of inconveniences small and large… and failing all else, scenery porn! 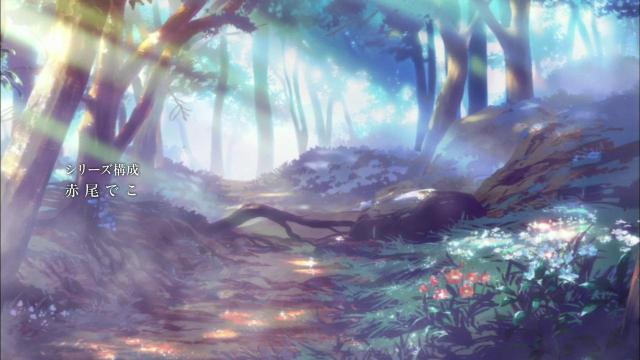 The main characters are utterly bland.

The cast of Snow White with the Red Hair is pleasant and polite, and not much else. Zen chafes against his royal status and tries to escape in a hackneyed “bird in a gilded cage” scenario, but rarely seems truly discontent with his lot in life; in a job interview, Shirayuki could truthfully answer that her major flaws are that she works too hard and cares too much. The secondary characters are generally kind and helpful, with one or two personality traits but little other development. Other than Prince Raj (by far the most entertaining character of the show to watch), the antagonists fall into two camps: one-off bandits, or nobles concerned about Zen’s fondness for Shirayuki despite her lowborn status.

Like I said, I love character-driven stories where they love and treat each other with respect. I have little patience for mean-spirited comedy or abusive romances, unless they are particularly well-written. Favorite good-natured comedies and romances include Kimi ni Todoke, My Love Story!!, and (to stray from anime for a moment) Parks and Recreation. However, love doesn’t mean an absence of conflict. People are flawed, have misunderstandings, make mistakes, and don’t always see eye-to-eye. The beauty of Ron Swanson and Leslie Knope’s friendship in Parks and Recreation is that they are two strong-willed people diametrically opposed in every way, but they also love and respect each other enough that they get along despite that. Snow White with the Red Hair mistakes niceness for being interesting, a deadly mistake.

Shirayuki never really struggles for anything.

Like I said, Shirayuki’s main flaws are that she tries too hard and cares too much, but at least that should serve her well, right? Surely the all-nighters are necessary for her to get ahead, that she must be passionate in order to be granted access to Zen’s royal world. Au contraire! Shirayuki is so good natured and talented, she achieves all her goals easily without any struggle whatsoever. She leaves Tanbarun and moves to Clarines with no struggles whatsoever, no sadness for the life she’s leaving behind. Clarines’ culture and language appear to be functionally identical to Tanbarun’s, so she adjusts to the new country effortlessly. Because she’s already an expert in herbalism, she passes the test with ease. Her friendship with Zen allows her to integrate quickly and easily into palace life, even if some of the nobles grumble about their familiarity. Even when things go sour, Shirayuki has just the right herbs on hand to remedy the situation. In short, everything is easy. It’s not fair to say everything is handed to her – it’s more that she always has just the right skill set or resource at her fingertips. It’s too convenient.

There is no sense of a larger picture.

Snow White with the Red Hair doesn’t have a plot so much as a series of set pieces. There is little connection or sense of progression between the episodes beyond occasional additions to the cast. Bandits occasionally appear as one-off villains, but we know next to nothing about what drives them or why they’re specifically targeting the ruling class since the action is so cloistered to the palace. A few curmudgeonly nobles grumble about Zen consorting with a lowborn girl, but they don’t seem to pose any significant threat to Shirayuki’s way of life. How are we supposed to feel any tension when we have no idea what the stakes are? How can we get invested if the story wanders aimlessly from event to event, with only the vaguest of connections?

The worldbuilding is about equivalent to your average Disney film – it is content to call itself “vaguely European” with Western design sensibilities. That may work for a 90-minute children’s movie, but the total runtime for a twelve-episode series is over three times that. And yet, I have no sense of what kind of place Clarines is. What is the culture like? What goes on outside of the palace walls? Clarines as a setting, for all its beauty, is totally unrealized, little more than a insubstantial facsimile of medieval European aesthetics. I ask for very little in terms of world-building – just a sense that there is life outside the palace walls would be enough! Compared to the complex, vibrant worlds of other fantasy shoujo such as Twelve Kingdoms, Story of Saiunkoku, or the same year’s Yona of the Dawn, Clarines is as flat and dull as a crayon drawing. Even Fushigi Yugi’s Universe of the Four Gods feels more authentic.

At its heart, Snow White with the Red Hair has all the components of a great show – they were just amateurishly assembled. The second season is just days away, and now that Zen and Shirayuki have finally admitted their feelings, perhaps the plot will finally be able to move forward. I certainly hope so – a heroine with so much moxy deserves more.