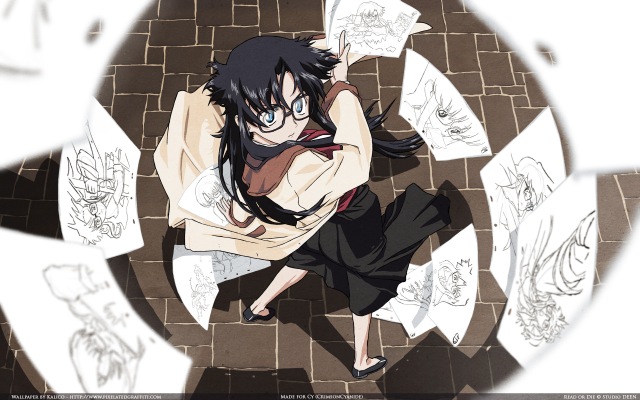 Summary: If you met Yomiko Readman on the street, you’d think she was a shy, awkward young woman who lived her life in the pages of a book. You’d be right, of course, but you probably wouldn’t guess that she’s also The Paper, an agent of the British National Library with the power to wield paper as a weapon. When a group of superpowered clones known as I-Jin attack, determined to get their hands on a copy of Beethoven’s Immortal Beloved Yomiko picked up by chance from a used bookstore, it’s up to Yomiko and her new partner, Nancy “Ms. Deep” Makuhari, to stop them.

Would I recommend it: Sure! It’s a fun little action romp.

In 2002, the OVA of Read or Die was released in the US, despite being a sequel to a manga that had not been commercially translated into English. Despite the lack of context, it seemed to be tailor-made to be a hit with Western audiences, driven primarily by exciting action set-pieces with superpowers and the sci-fi twist of villains based on historical figures. Its slim 100-minute running time leaves little for character development and, considering its status as a sequel, doesn’t really prioritize it. Despite that, or perhaps because of it, there is an effortless sense of characterization, allowing first-time viewers to get a sense of its two main characters as people. Yomiko Readman and Nancy Makuhari could easily have been a helpless moe girl and a fan service vehicle respectively, but are instead given a surprising amount of depth.