Whoops, it’s another convention weekend and I’m exhausted and the column is already late so no extra notes this time around!

Misao knows her relationship with Kyo is dangerous, but she’s used to being the one in peril! Will she be able to stand it when the tables are turned and Kyo is threatened?

As leader of the tengu clan and boyfriend of the Senka Maiden, Kyo gets a lot of attention in the demon world, and very little of it is good. From the wrath of a reincarnated dragon to the hatred of a demon hunter, Misao must face the fact that she isn’t the only one at risk in the relationship.

But how can she just stand by while Kyo is threatened?! (summary by Viz)

END_OF_DOCUMENT_TOKEN_TO_BE_REPLACED

After much thought, I’ve decided to officially end my recaps of Fushigi Yugi.

I started them as a way of exploring the problems I had with my once-favorite series. The homo- and transphobia, poor animation, overwrought melodrama, and awkward dub script had soured it in my mind over the years. When it came out on Crunchyroll, watching and mocking it became something of a trend in my little corner of Anitwitter, and I was more than happy to jump on that train.

However, over the past couple months, I’ve been working on a different project related to it as a part of Anime Feminist, collaborating with fellow contributors Dee of Josei Next Door and Vrai Kaiser. Going back over it with my fellow feminists who grew up with the series like I did started to remind me of why I loved the series so fervently as a teenager. While it’s a flawed work, there’s a power to it that spoke to me that I don’t want to discount. END_OF_DOCUMENT_TOKEN_TO_BE_REPLACED

It’s only really assault if he’s a bad guy

This week, Black Bird and Black Rose Alice have a common thread, other than the word “black” in their titles: the presence of a villain.

In Black Bird, Misao is assaulted by Sho’s older brother, who acts with the intention of raping then murdering her to gain leadership of his clan; in Black Rose Alice, Alice’s former student and victim lover finds her and turns into a full-blown stalker after become obsessed with finding the connection between his dead rapist girlfriend and this mysterious foreigner. Their actions aren’t too far off from the romantic leads, but since they intend to harm rather than show their “passion”, they’re shown in a negative light. Sho specifically comments that, despite his sense of competition with Kyo, he was never able to fall in love with Misao. So while both seek to control Misao, Sho’s lack of love makes him inexcusable.

END_OF_DOCUMENT_TOKEN_TO_BE_REPLACED 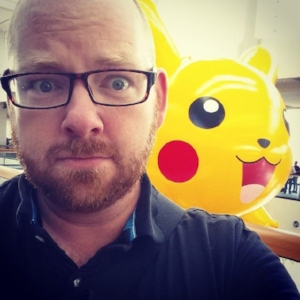 Jamie McGonnigal is the first to admit that he’s not exactly a household name in anime dubbing, but he still sees himself as having an important mission: creating spaces at conventions where LGBTQ youth and adults can meet and be themselves. At his conventions, he hosts panels about queer culture and its intersection with anime and its fan community, seeking to educate and inform fans. Outside of conventions, he works as an activist and organizer for a variety of causes, especially ones that affect the LGBTQ community.

CM: What do you think the anime community in particular has to offer LGBT youth?

JM: So very much. The fact that they have positive, good portrayals of LGBTQ characters in anime is a huge step in the right direction. I think we could do better – I think we could have the lesbian, gay, bisexual, and transgender characters as the lead characters. That would certainly be nice, have the stories revolve around them and make LGBTQ youth feel a little bit more included, like they can be the star.
I think that cons in particular are such accepting, great places for folks. I’m not very famous, I get it, but I can use the little bit of notoriety I have to come to cons and put on panels focused on It Gets Better and and they end up being kind of support groups. These folks who are often in the same area get to meet and realize, “Hey, there’s other people like me who are not only into anime but also LGBTQ.” They form communities. I still hear from people who I spoke to at cons ten years ago who have lifelong friends because of it because there’s something special they share outside of anime. So yeah, just the acceptingness of the community is wonderful.

END_OF_DOCUMENT_TOKEN_TO_BE_REPLACED

Bringing “Romance and Abuse in Shoujo” to a wider audience

Whew… it’s been a whirlwind few weeks. Rather than updating the site, I was focused on updating my panels, preparing for interviews, and attending Otakon and Anime Fest. The lead up to the con was unbelievably stressful and more than a bit overwhelming, but the cons were deeply rewarding as I spent time with great friends I only see a few times a year, met my idols, and yet again presented on topics I’m passionate about.

END_OF_DOCUMENT_TOKEN_TO_BE_REPLACED 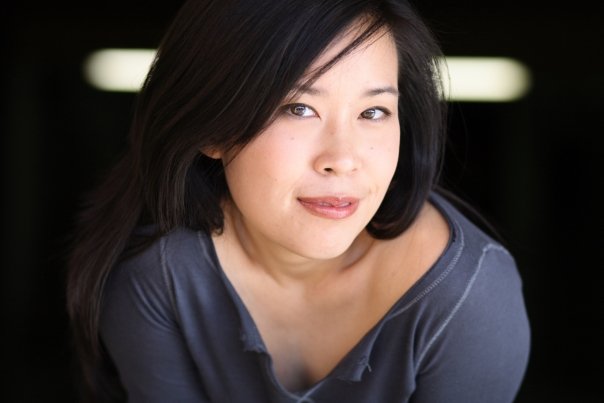 This year at Otakon, I sat down with veteran voice actress and director Stephanie Sheh to talk about the current state of the industry, the rapidly-evolving world of anime dubbing, and what anime has to offer young women. Sheh has been working in the dubbing industry since debuting as Silky in I’m Gonna Be An Angel in 2001 and has played a number of significant roles including the title character of Eureka Seven, Yui Hirasawa in K-On, and the iconic Usagi Tsukino in Viz’s dub of Sailor Moon.

CM: What are some changes you’ve seen in anime since you started? You’ve been in the dubbing game for a really long time. Have you noticed any major shifts in genres or character types?

SS: I think the main shift is moving toward the simultaneous type of dub release. The dub releases are much quicker after the Japanese. The other thing is streaming services totally changed the game. In the past, there was a much bigger audience, but that audience was at least paying for their stuff, and then bootlegging and all these free streaming services really changed the shape of the industry and we’ve had to change to adapt. On the dubbing front, you see Japanese companies be more involved, care about American audiences, give their say. Now, sometimes you need approval for casting, for scripts, for things like that. I think that that is… most of the time, a good thing.