One of the interesting things about getting older is remembering a time before something. Not just before it entered your personal radar, or before even “I liked it before it was popular” – before it existed. There’s a lot of “befores” in anime that I don’t remember: before Akira, before My Neighbor Totoro, before Dragonball. One that I do recall is before Spirited Away.

I was fifteen years old when Spirited Away came out in the US, already an anime and Ghibli fan for years by then. I wish I could say it deeply affected me, that every moment remained burned upon my brain, but it didn’t. Don’t get me wrong, I loved it, but my most vivid memory of it at the time is cheering for it as I watched the Oscars in my little brother’s hospital room. I do remember the anticipation, though. At the time, Miyazaki was a name known mostly to animation and film buffs stateside. Spirited Away initially came out in a limited release on only 151 screens, but Oscar buzz and international acclaim brought it out to the mainstream, and winning the second-ever Academy Award for Best Animated Feature and the Golden Bear at the Berlin International Film Festival cemented its place in film history. Many of the people who grew up watching it are adults now – myself included. Some of them are working in animation, leading to visual references in shows like Gravity Falls, Steven Universe, The Simpsons, and many others. It regularly ranks highly on lists of anime, of animated films, even of films in general. It’s a huge, influential movie, and much of its imagery has come to be instantly recognizable.

In December, GKids and Fathom Events did a special event screening of Spirited Away. After fifteen years, the film has been analyzed and recontextualized many times over. I’m an adult and a teacher now, and I’ve seen the power of the film grow and shift in popular imagination. The beautiful, strange, evocative imagery has been mined not only for professionally-produced art, but also figures prominently in fanart all across the internet. That single frame in black and white newsprint of a little girl standing next to a dragon has morphed and evolved into something enormous. Chihiro and No-Face sitting next to shadows on the train, Haku snaking through the sky in dragon form, even those sweet soot sprites with their sugar candy – these moments all played out again in front of me in the theater. I was seeing them again as they were meant to be seen, on a big screen in a darkened room full of people, all seeing and hearing and feeling it together. It was, to say the least, overwhelming. I wept as I watched Chihiro’s determination and courage grow once again, as she cleaned the polluted river spirit, as she selflessly gave Haku the medicine she’d been saving for her parents, as she rode the one-way train across the water. Most of all, I cried as Chihiro and Haku plummeted from the sky, laughing forehead to forehead, their tears falling upward. These moments were all reaffixed in their original context, just as I had seen them fourteen years ago, but with dozens of new layers of meaning.

Shortly after the enormous success of the Spirited Away screenings, Fathom announced they would be doing a similar event for Princess Mononoke’s twentieth anniversary. While Spirited Away may have brought Miyazaki to the mainstream in the US, Princess Mononoke was the film that brought him to me. At twelve years old, I had begun dabbling in anime only a few months before I found a short review in Girls’ Life magazine. The accompanying image – a screencap of San sitting astride her wolf-brother with a fierce expression on her face – enchanted me. I scoured the newspaper’s film listings hoping to find it showing in a theater nearby, but it was limited to arthouse places I had no chance of getting to. I spent hours on the film’s website, transfixed by the gorgeous imagery and listening to the sound clips over and over. I memorized the then-unfamiliar names of people involved in the English dub, like Neil Gaiman and Minnie Driver. I was worried about the violence – I had a limited tolerance for gore – but my friends assured me that it was more comical than traumatizing. As time passed, the newspaper listings got slimmer and slimmer, and I began to doubt I’d ever get to see it.

On the day after Christmas, 1999, my dad asked me to come on an errand with him to Pasadena. I didn’t particularly want to go with him, since it was quite a trek, but he insisted. The drive took a fairly long time, since we had to contend with holiday traffic, and the talk radio hosts were discussing the lines for a deeply-discounted Christmas store near our destination. He told me my mom had asked us to go to the store, and I spent the rest of the drive internally debating whether or not that was something she would do. Even as we parked on a quiet residential street, I remained mystified. I had no idea what was going on until we walked up to the box office of a theater and he said, “Two tickets for Princess Mononoke, please.” I screamed and hugged him all the way to our seats.

I describe all this to convey exactly how much this movie means to me. I have a pretty terrible memory, but every experience surrounding Princess Mononoke stands out in vivid detail. It would be fair to call this movie a life-changer. It cemented my lifelong love of anime, and now I’ve seen all of Miyazaki’s films, lived in Japan, and even visited Yakushima, the island that inspired the film’s setting.  Almost exactly seventeen years later, I prepared myself to be just as overwhelmed at seeing it again as I had been at Spirited Away. My heart leapt as the familiar swells of “The Legend of Ashitaka” opened the movie. As I settled in, I realized I wasn’t overwhelmed at all. Rather, I was transported. Back to 1999, back to that shabby little theater in Pasadena, back to when I was a nerdy, awkward preteen. Such is Princess Mononoke’s power over me: instead of thinking about everything that has changed, I simply sank back into who I was over half my life ago. The big difference is this time, I don’t think a brothel woman serves soup for a living.

The question remains, how did Spirited Away become iconic while Princess Mononoke remained a niche title for years? Both movies are visually arresting fables, and Mononoke’s forest setting is more familiar than Spirited Away’s thoroughly Japanese worlds of bathhouses and kami. Both were huge commercial successes in Japan and won universal critical acclaim in both countries. Quite simply, the time wasn’t right when Princess Mononoke came out, but was for Spirited Away. Disney wanted to edit Princess Mononoke to make it more family-friendly and less graphic, but Ghibli producer Toshio Suzuki famously sent them a katana with the note, “No cuts.” As a result, Disney released it under their Miramax label, spent millions on a big-name dub cast, and gave it an extremely limited, brief run with no promotion or marketing to speak of. Even the DVD release was a disaster – Miramax hadn’t planned to include the original Japanese audio, and had to delay it for years while they translated the Japanese script and added on the new audio track and subtitled due to fan outcry. It was decidedly not a children’s film, with its graphic violence and complex conflict at its center, but lacked the cyberpunk edginess associated with anime at the time, making it a harder sell than its contemporary Ghost in the Shell. Spirited Away, on the other hand, came out the year after the Academy Award for Best Animated Feature Film debuted, and the accolades it earned made for a much easier marketing hook. Plus, for all its Japanese-ness, American audiences are more open to animated films being family-friendly than the PG-13 violence of its predecessor, and a modern-day heroine is more accessible than medieval Ashitaka and San.

Princess Mononoke may not have come out at the right time to reach mainstream American audiences, but it came out at the right time to reach me. I was a fresh, new anime fan and at twelve, I was just the right age to understand and appreciate the story. The day I saw the re-release, I mentioned in the staff lounge how excited I was to watch it again. To my surprise, almost every one of my coworkers in the room knew and loved it – the only one who hadn’t immigrated from Hungary two years ago. I guess I shouldn’t be too surprised that a group of women who’ve dedicated their lives to caring for children are familiar with the work of the world’s foremost family film director, but it warmed my heart to share the experience that way. Miyazaki’s films hold incredible power, and I hope to see them enjoyed for generations to come. 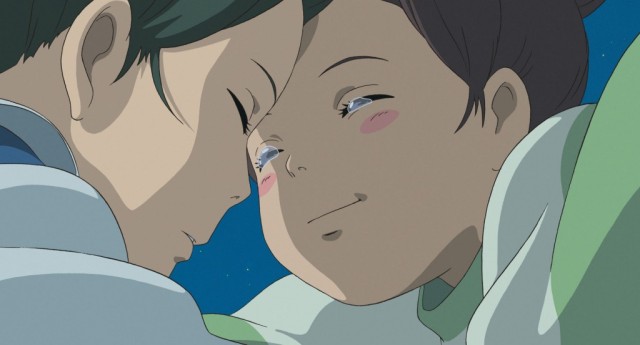 4 thoughts on “Spirited Away by Princess Mononoke”