When Interviews with Monster Girls premiered two months ago, it surprised many fans by treating its subject, demi-humans, as an allegory for disability rather than fetishistized harem material. The first episode treated the concept with unusual sensitivity for the genre, highlighting how the girls’ unique needs must be accommodated to ensure equality, rather than treating everyone exactly the same way. Since then, the series has made a number of missteps, despite what I can only assume are the best of intentions, but its well-meaning sincerity generally makes up for it.

The seventh episode, “Succubus-san is Inquisitive,” features Sakie Satou, a succubus trying to live in the mainstream as a teacher despite how she involuntarily arouses men simply by existing, and Detective Ugaki, the police officer who has been tracking her for most of her life. Because of the poorly-handled inclusion of real-life issues such as covert photography and train molestation, this is easily the most awkward and uncomfortable episode yet.

The first episode to focus on Sakie, “Succubus-san is a Real Adult,” shed light on the extreme circumstances that Sakie goes through to live a semi-normal life. She takes the first train in the morning and the last train at night to avoid crowds where she might touch someone by accident and arouse them. She lives way on the outskirts of town, since living in an apartment building could mean giving male residents of the building erotic dreams about herself and angering their wives. She’s completely eschewed romance for herself, since she can’t separate men who love her from men who are simply turned on by her pheromones – the reason she’s attracted to Takahashi-sensei is because she doesn’t think he’s turned on by her, although it turns out he’s just really good at hiding it. Detective Ugaki explains in more detail about how succubi live – according to him, most either live completely outside of society or “throw caution to the wind and live boldly.” Furthermore, in a nasty bit of asexual erasure, he informs her it’s completely implausible that Takahashi isn’t turned on by her, since any non-homosexual man is going to be subject to her wiles. The two have a comfortable, if slightly antagonistic dynamic that Sakie describes as something like a father-daughter relationship, though Ugaki does not care for the comparison. Ugaki mentions that he’s known her for a long time, and there’s a definite sense of history between them. It would be sweet, if it weren’t for the fact that he tells the 24-year-old who is just starting a career that she should think about settling down and getting married. Sakie, instead of pointing that out, starts blushing and saying there is, in fact, someone she’s interested in. Something in this scene doesn’t add up, however. She’s going to great lengths to make this career happen, including surrounding herself by hormonal teenage boys who are extra-susceptible to her pheromones. It would make more sense for her to point out that his way of thinking is old-fashioned – the old “Christmas cake woman” line of thought is rapidly fading from relevance and the average age of a Japanese woman’s first marriage is now close to 30 – and that she’s happy in her career. After all, there’s never been anything to indicate any sort of burnout from her and, while she has said she desires romance, it’s a big jump from that to wanting to get married and quit her job. 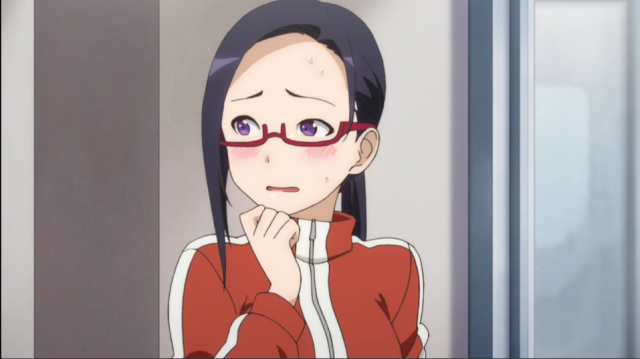 Unfortunately, the discomfort only grows as Ugaki reveals more about his relationship with Sakie. In a conversation with Takahashi, he reveals that he’s from the “Demi-Human Division” of the police force. In the episode’s sole thoughtful moment, he tells Takashi that demi-humans used to commit a disproportionate amount of crime, due to the social and psychological stresses of their fundamental differences from mainstream society. Once the government started to provide support for them, the crime rate dropped off dramatically. It’s lovely to see a story that acknowledges that the stresses of poverty and oppression may lead to higher crime rates, and that government intervention in fixing those goes a long way toward reducing crime. The demi-humans aren’t inherently more criminal; they simply had needs that society wasn’t meeting. It’s a little simplistic, but considerably more thoughtful than writing off them off as inherently more criminal. Things take a sharp turn, however, when he explains that one kind of demi-human does continue to create legal problems: succubi. Specifically, succubi are often involved in train groping incidents, and while most cases are them accidentally turning on their eroticism, some of them incite men to molest them intentionally. His job, he explains, is to get to know succubi to try to figure out which kind they are.

The conversation between Ugaki and Takahashi has an oddly paternalistic tone. Here are two men, older and more experienced, discussing the life of a woman they both know, with no input from her. Ugaki’s implies that many of the succubi he works with resent him. “I’m basically interrogating them about things that may or may not happen. All I can tell them is that it’s my job.” From there, he must judge about whether or not any incidents are intentional – he is basically a parole officer for a crime they have not yet committed. He is effectively treating all succubi like potential criminals, and most of them do not appreciate it. In addition to the fact that they are discussing this social problem in an environment that necessarily excludes the marginalized person whose life they are talking about, there’s an undercurrent of victim-blaming. This take absolves the groper – whether or not the succubus intended to use her powers, he was just too overwhelmed by her pheromones, reminiscent of the attitude that men just can’t help themselves if a girl’s skirt is too short, if she carries herself a certain way, if she drinks too much, and so on. Furthermore, this sets up a “good girl/bad girl” dichotomy, where if a succubus is the type to play around with her powers, but still activates them accidentally on the train and gets groped, the police are still going to assume she did it on purpose. A conversation with Sakie about the subject would have gone a long way toward fixing the episode’s problems. After all, the basic premise is about Takahashi sitting down with demi-humans and hearing their perspectives; getting both sides of the story would have been a simple matter for him. Instead, the only thing we hear from Sakie’s perspective is more about her crush on Takahashi, particularly her realizing that he is actually turned on by her, rather than what she previously thought. It makes her come across as silly and shallow while her group still faces institutional discrimination. 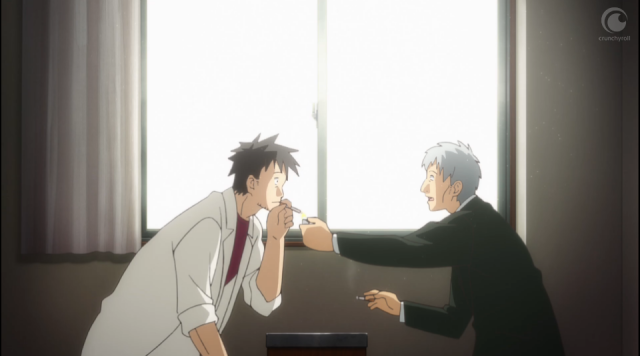 Exacerbating all these problems is the fact that train groping and false accusations are still very much a real-life issue in Japan which require a lot of nuance to handle. As with most sex crimes, it’s hard to be sure exactly how often it occurs due to low reporting numbers; thousands of arrests are made every year, but the vast majority of victims suffer in silence. On the other side of it, Japan’s rush-hour commuter trains are world-famous for how tightly packed they can get. False accusations can be a major problem and a potential life-ruiner for the accused, but unlike what Monster Girls and some men’s rights activists would have you believe, the vast majority are mistaken identity or even an innocent weight shift being misconstrued. Investigating these cases thoroughly is difficult, and Japanese courts have a conviction rate over ninety-nine percent – once you’re indicted in Japan, your chance of being acquitted is incredibly narrow. The show hints at blackmail being a factor, but these cases are statistically insignificant; none of the reputable news sources I checked had any mention it, and googling for it mostly brought up porn sites! Monster Girls, of course, doesn’t take place in the real world, but it’s so rife with parallels that the sensationalist take on an issue that affects many people’s lives is frankly irresponsible. With as diverse a selection of demi-humans as the show has, there are plenty of ways to do something similar with different kinds of powers that aren’t as easily applied to real human beings, such as vampires preying on people.

From the beginning, the inclusion of succubi in Interviews with Monster Girls was somewhat suspect – with such a rich international tradition of demihumans to draw on, why go with the one that has magic sexiness powers? The episode “Succubus-san is a Real Adult” and the way it covered Sakie’s struggles associated with her powers made me think that perhaps there was something worthwhile to that choice. The way she was compelled to live such an isolated life, and how she was searching for some sort of normalcy and fulfillment through her work and her bond with her demi students as well as Takahashi was quite touching, but there have been a lot of missteps since then. I was hoping to see her step into some sort of mentorship role, or a discussion of how attitudes have changed since she was herself a high school student, but instead we get this sensationalist apologia. A show that is effectively about disability issues must treat its subject with greater sympathy than Sakie has been.

15 thoughts on “Interviews with Monster Girls: Succubus-san is Guilty until Proven Innocent”